The Lecture of AASI's President in Gutenberg Sweden 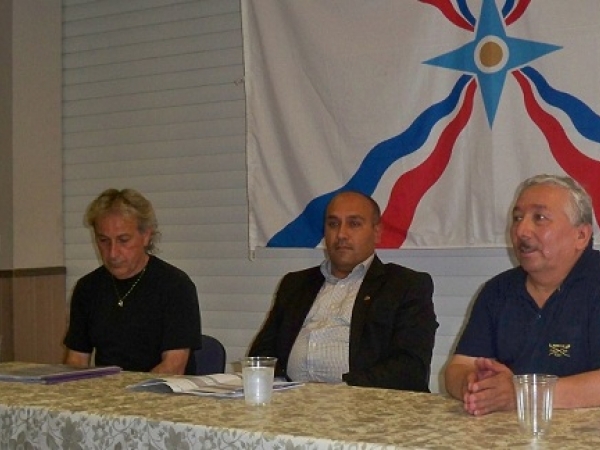 The Assyrian Aid Society in Sweden, hosted the engineer Ashur Sargon President of the Assyrian Aid Society of Iraq, who is visiting Sweden currently, in a lecture held at the Hall of the Assyrian Cultural House in Gutenberg on Monday, June 6th 2011, the lecture was attended by representatives of clubs and Societies in Sweden, and an audience whom interested with the national issues in Iraq, Where Mr. Ashur Sargon focused on his lecture to the work of the Society in Iraq and the most important achievements and projects of the Society which were implemented during last period since its establishment in the early nineties of the last century and until today, which consist of the aid and the humanitarian relief programs that were provided to our Assyrian People, and its substantial role in support the Assyrian Education Process, the direct supervision on the dormitories, and its great relationship with the Assyrian Aid Societies in various countries around the world, and with international humanitarian organizations that work in Iraq, after gaining the official recognition by the Economic and Social Council of the United Nations in 2011, for its hard work over the past twenty years, and the official recommendation to get a special consultative status with the Council, given to the active humanitarian organizations, within the criteria that includes the consideration of humanitarian missions , the ruling regulatory and the financial evaluation.

The lecture also touched on the national topics, where Mr. Ashur at the end of the discussion answered the audience's questions and their interventions on the overall issues raised by the lecture.

During the lecture, Mr. Ashur Sargon met a delegation of the Federation of Assyrian clubs in Gutenberg at a deliberative meeting, in which during the meeting they discussed the possibility of the Federation to support some of the activities of the Assyrian education in Iraq, as well as the development of joint work between them in the future, the meeting was attended by Mr. Joseph Caris President of the Federation and some of its members. 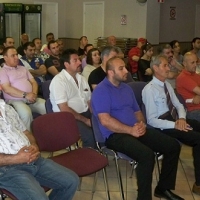 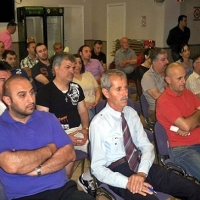 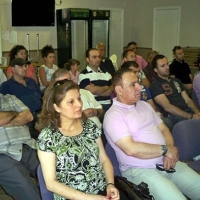 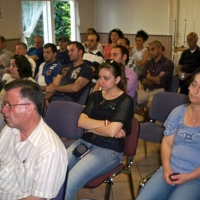 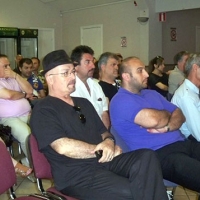