Visit of Father Horst Oberkampf to the AASI 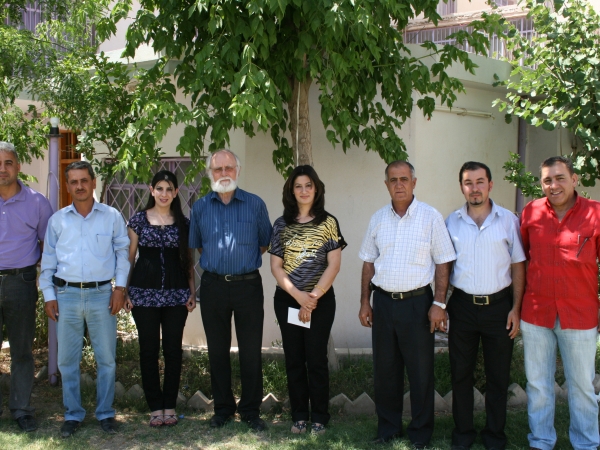 On Thursday, July 1 2010, Mr. Napoleon Georges Patto the president of the Assyrian Aid Society of Iraq and the members of the Society received at Society's headquarters, Father Horst Oberkampf from Germany, who was on a visit to the north of Iraq, and the two sides discussed the ways to improve working of the society with the group of Evangelical Lutheran Churches in Germany to the service of our People at home.

The Father Horst praised the efforts of the Society, for providing services to our People in various fields, especially in supporting of the Assyrian education process and sheltering students in the dormitories that belongs to the Assyrian Aid Society of Iraq.
The Father Horst visited the Dormitories and had knowledge on the society's role in preparing the Dormitories for the next academic season 2010-2011, and the Dormitories' needs.
the Father Horst and Mr. Napoleon Georges the president of the AASI with Mr. William Isho the responsible for the Humanitarian Affairs Dept of the Society visited Feshkhabour village and its church, then later they visited Sorka village and met the families of the village and listened to their problems and their demands, and Father Horst promised to work hard to meet their needs by coordination with the Assyrian Aid Society of Iraq, where the people of Sorka village presented their thanks and appreciation to Father Horst and Evangelical Lutheran churches in Germany, for their support to our People since 1991 and so far. 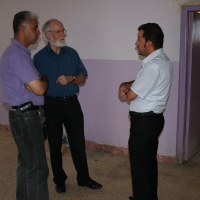 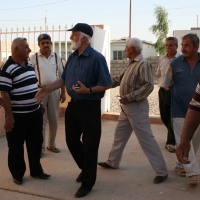 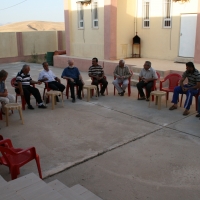