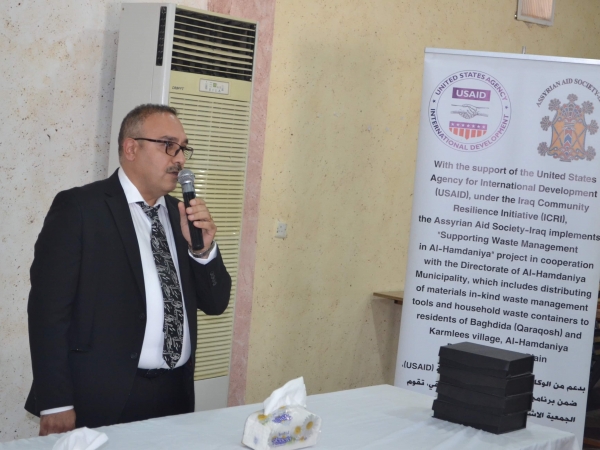 Within the Iraqi Community Resilience Initiative funded by the United States Agency for International Development (USAID), and in coordination with the mayor and Municipality of Hamdaniya, the Assyrian Aid Society-Iraq held the closing ceremony for the project of supporting waste management in Hamdaniya district in Nineveh Plain on Wednesday Jun. 12th 2019 at the Loloa venue in Bakhdida. The ceremony was attended by representatives of the district council, Mr. Emad Babawi, Mr. Ghazi, the Director of Hamdaniya Police, the Director of the Municipality, Mr. Youhana and Engineer Rami, along with a number of representatives of the security and service departments in the region, in addition to Mr. Salam representing the USAID.

The ceremony included a minute of silence on the martyrs of the Nineveh Plain and Iraq. In particular, he appreciated the cooperation and support of USAID in the service of the people of the region and the revival of the Nineveh Plain. The mayor also thanked the USAID and the organization for this valuable initiative. Then, Mr. Ashur Eskrya, President of the Assyrian Aid Society - Iraq, delivered a speech in which he explained the most important achievements of the AAS-Iraq since its founding and supporting the IDPs during their displacement from their areas, appreciating the cooperation and support of the USAID in providing services for people and efforts for the revival of Nineveh plain. The initiative was invaluable and all participants praised the project, the ceremony included also the speech of Director of the Municipality also, in which he thanked the AAS-Iraq and USAID for this valuable initiative, as well as all the participants praised on successfully of this project.

It is worth mentioning that AAS-Iraq distributed (4820) waste containers and (9) tons of waste bags to residents of Bakhdida and Karamlesh village with a total work of 10 days to complete the full distribution as the remaining materials were delivered to Hamdaniya Municipality. 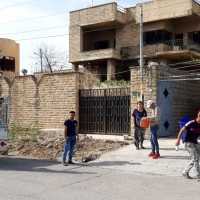 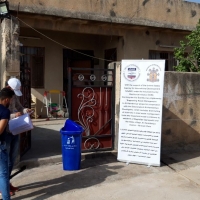 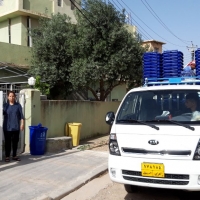 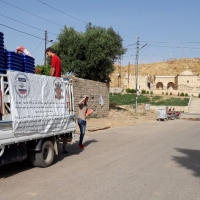 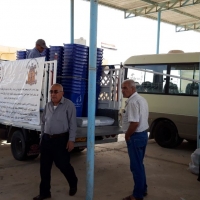 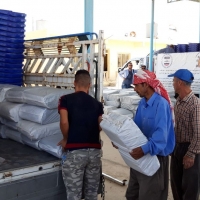 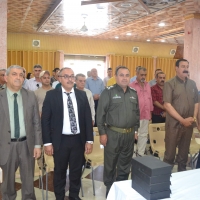 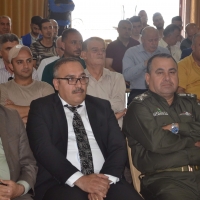 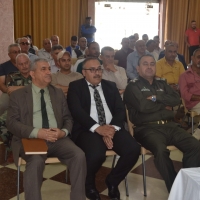 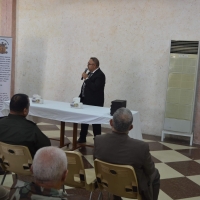 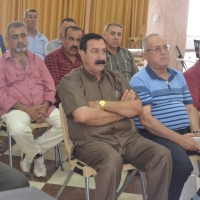 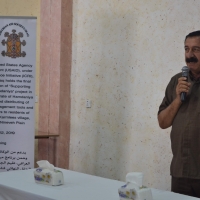 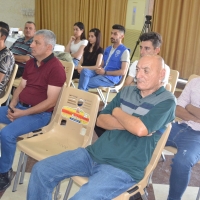 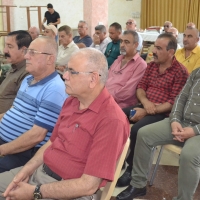 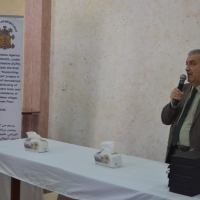 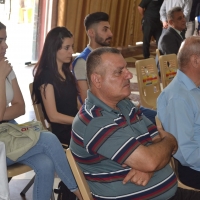 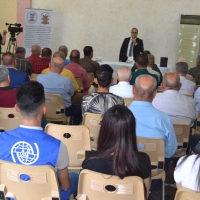 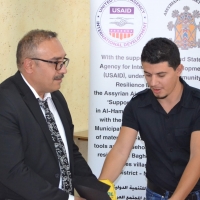 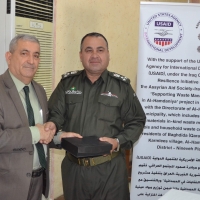 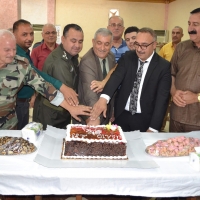