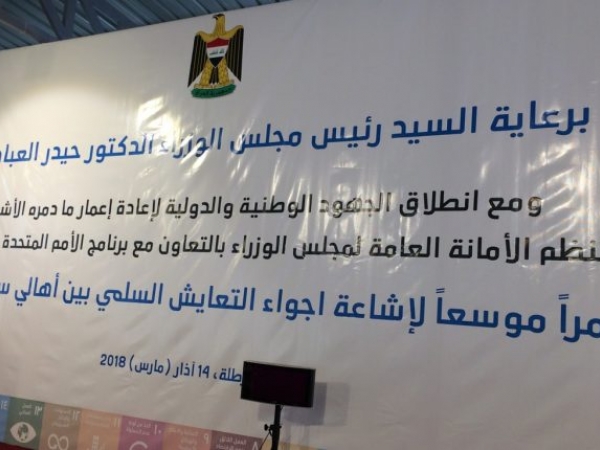 With the aim of restoring the cohesion, stability and return of the displaced to the Nineveh Plain after suffering under occupation by the terrorists of ISIS, a peaceful coexistence conference was held in Bartilla on Wednesday Mar. 14th 2018 under the patronage of Dr. Haidar Abadi, Prime Minister of the Republic of Iraq and with a broad presence of various religious and ethnic components of the Nineveh Plain, the attendance of AASI came on the invitation of the conference's organizer and was represented by Mr. Ashur Eskrya, President of the Assyrian Aid Society, Mr. Imad Dedeza, Representative of the AASI in Nineveh Plain, and Mr. Dawood Babawi, Member of Nineveh Provincial Council and Mr. Imad Babawi, Member of Al-Hamdania District Council. The Conference program included a speech of the Prime Minister in which he stressed on the importance of continuing the momentum of victory over the call and completion of restoring the life and civil peace between the different components of the Nineveh Plain and the return of the displaced to their areas safely and also confirmed the approval of the implementation of most requests of the Nineveh Plain's infrastructure projects, He also stressed the need to fight corruption and bringing the corrupts to justice. Dr. Mohdeh Al-Alak, Secretary-General of the Council of Ministers, stressed the adoption of the program for the reconstruction of the infrastructure of the Nineveh Plain and announced the projects and sectors it aims at The conference is one of the steps that contribute to the achievement of national reconciliation and address the effects of psychological and demographic change and other outstanding issues of interest to the people of the region, most notably the approval of the creation of new administrative units and the restoration of administrative units canceled in the province of Nineveh, The Nineveh Plain, which contributes to the reduction of the demographic change that targeted the components of the Nineveh Plain, including the lands belonging to the towns and villages of our Assyrian Chaldean Syriac people, the indigenous people of the Nineveh Plain.

The representative of the United Nations has reviewed the projects that have been implemented and under implementation in sectors of health, education, water and electricity projects and other reconstruction projects of infrastructure of the Nineveh Plain.

The conference concluded by reading the document of peaceful coexistence in the Nineveh Plain, which included several recommendations by Mr. Mohamed Taher Tamimi, Director General of the Civil Society Organizations Registration Department, and was followed by the signing of the document by the Prime Minister, Dr. Haider Al Abadi and participating representatives of the components of the Nineveh Plain. 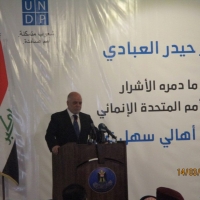 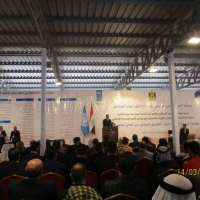 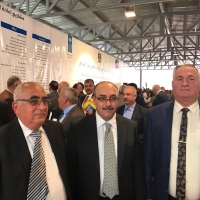 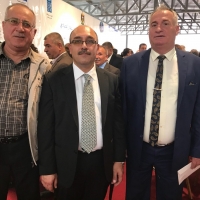 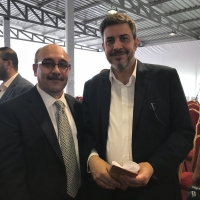 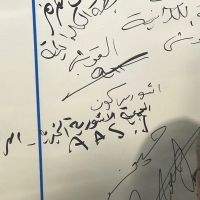